Nairobi Arboretum is probably my favourite place in the city. An overlooked gem, the forest offers peaceful tranquility, fresh air, and a chance to reconnect with nature… just 10 minutes from the hustle of Westlands.

Stop by on your way home from work to sit on a bench and completely unwind. Or take your friends here for a picnic on a Saturday and watch the day disappear.

You can spend countless hours aimlessly wandering along the forest paths, stopping to snooze in a quiet corner, or joining one of the fitness classes dotted throughout the gardens.

Nairobi Arboretum was established in 1907 by the British colonial administration to trial the introduction of exotic tree species to Kenya. The construction of The Lunatic Express railway was depleting indigenous trees to the point of extinction.* So, the British hoped they could find an alternative source for wood.

After the railway was completed, the Arboretum continued to grow, with new tree species being added regularly. In 1932, the British gazetted the Arboretum as a Forest Reserve, creating 30.7 hectares of protected land. It has remained open to the public ever since.

*This is just of many examples of deforestation and environmental destruction committed during British rule in Kenya. You can learn more about the long-lasting implications and ongoing effects of these policies in Wangari Maathai’s beautiful memoir, Unbowed.

Nairobi Arboretum lies at the intersection between Kilimani, Kilileshwa, State House Rd. and Westlands. It’s easily accessible from each neighbourhood, via two entrances.

The main entrance is in the southeast of the Arboretum. It has a large car park and a few stalls selling snacks and refreshments. There’s also a small restaurant and a toilet.

The second entrance is well known and is only accessible by foot. It’s basically a gap in the northern perimeter of the Arboretum with a small ticket office.

It’s easy to miss, so look out for it next to the footpath close to the intersection of Arboretum Drive and Ring Road Kilileshwa. If you live north of the forest, this is the more convenient of the two entrances.

Entry fees for the Arboretum can be paid at both entrances. You can only pay with MPESA. Cash is not accepted.

Every time I visit the Arboretum, I find people doing something new: gospel choirs practicing their hymns, friends playing cricket, media students asking me to join their photoshoots.

Ther’s plenty of space for everyone, whether you’re here, get active and break a sweat, or laze on a shuka and have a snooze.

The most popular activities in Nairobi Arboretum include:

Note: alcohol is banned in Nairobi Arboretum, and you won’t be allowed in with any.

For the nature fans amongst you, the Arboretum has plenty to keep you busy. The forest is home to Sykes and Vervet monkeys, over 100 resident and migrant bird species, and over 300 species of exotic and indigenous trees.

Nairobi Arboretum is open 365 days a year, including public holidays.

If you’re in the park after 5.00 pm, a security guard will come around and ask you to prepare to leave before 6.00 pm so they can close on time.

When is the Arboretum Open?

What does ‘arboretum’ mean? 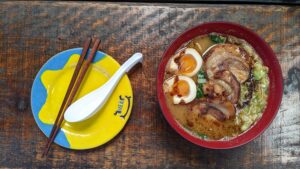 The 12 Best Restaurants in Nairobi

There are so many incredible restaurants in Nairobi, it can be a bit overwhelming to pick one.  Do you go for casual burgers or fine 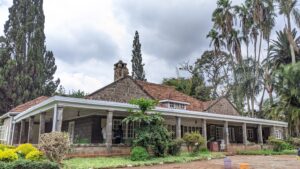 Karen Neighbourhood Guide | Where to shop, eat, and everything else you need

In the past, if you’d asked me to describe Karen, I probably would have just listed all the ways it represents class, inequality, and the

Yoga in Nairobi | The Best Studios and Classes in Every Neighbourhood

You won’t struggle to find someone teaching yoga in Nairobi. The practice has become incredibly popular in recent years, with studios and teachers hosting classes